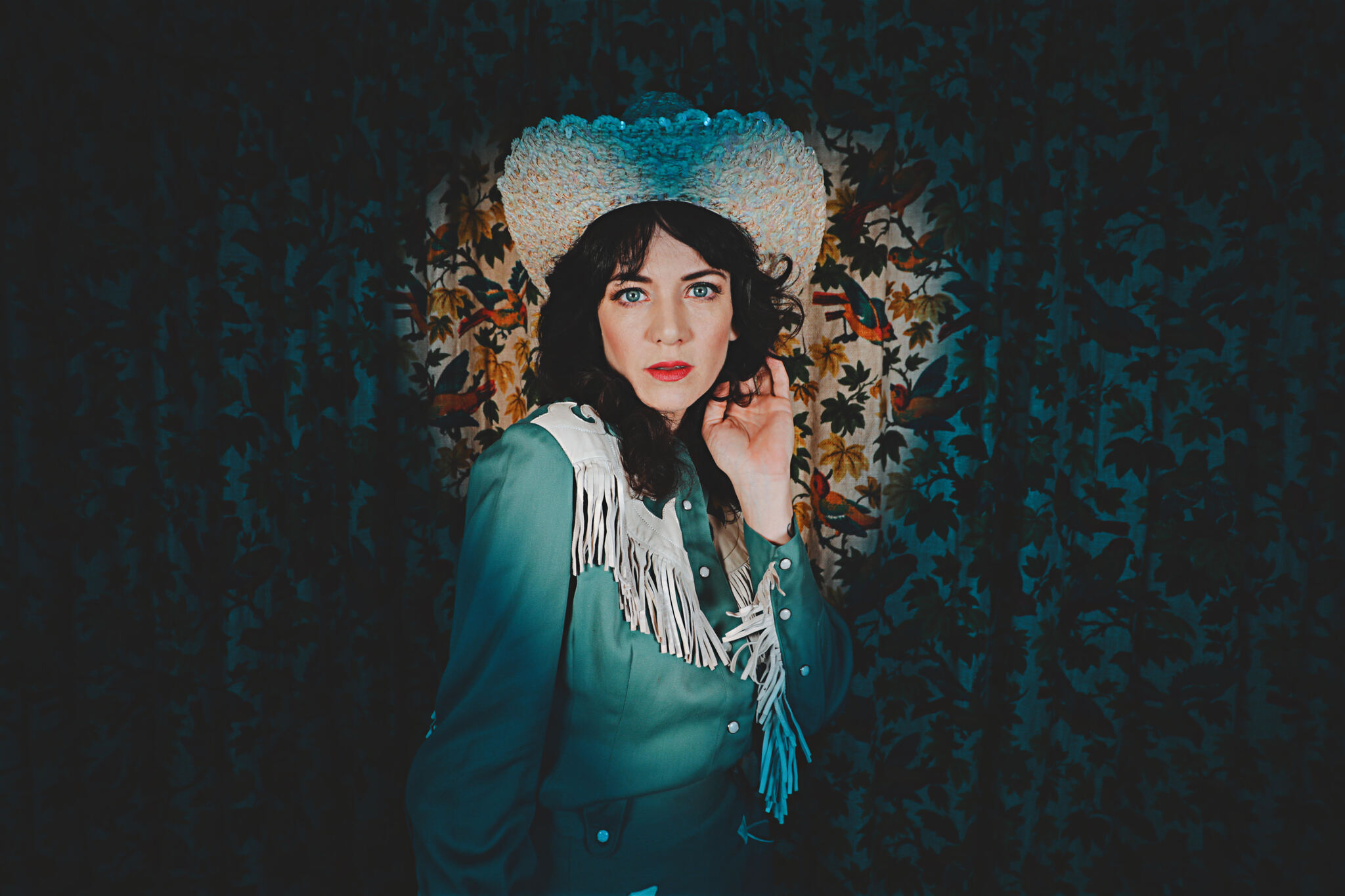 Nikki Lane
Nikki Lane’s latest album Highway Queen, saw the young Nashville singer emerge as one of country and rock’s most gifted songwriters. Co-produced by Lane and fellow singer-songwriter, Jonathan Tyler, this emotional tour-de-force was recorded at Matt Pence’s Echo Lab studio in Denton, Texas as well as at Club Roar with Collin Dupuis in Nashville, Tennessee. Blending potent lyrics, unbridled blues guitars, and vintage Sixties country-pop swagger, Lane’s new music will resonate as easily with Lana Del Rey and Jenny Lewis fans as those of Neil Young and Tom Petty.
Highway Queen is a journey through heartbreak that takes exquisite turns. The record begins with a whiskey-soaked homage to Lane’s hometown (“700,000 Rednecks”) and ends on the profoundly raw “Forever Lasts Forever,” where Lane mourns a failed marriage –the “lighter shade of skin” left behind from her wedding ring. On “Forever” and the confessional “Muddy Waters,” Lane’s lyrics align her with perceptive songwriters like Nick Lowe and Cass McCombs. Elsewhere, “Companion” is pure Everly Brothers’ dreaminess (“I would spend a lifetime/ Playing catch you if I can”). She goes on a Vegas bender on the rollicking “Jackpot,” fights last-call blues (“Foolish Heart”) and tosses off brazen one-liners at a backroom piano (“Big Mouth”).
“Love is the most unavoidable thing in the world,” Lane says. “The person you pick could be half set-up to destroy your life with their own habits –I’ve certainly experienced that before and taken way too long to get out of that mistake.”
In 2014, Lane’s second album All or Nothin’(New West) solidified her sandpaper voice beneath a ten-gallon hat as the new sound and look of outlaw country music. Produced by Dan Auerbach, the record’s bluesy Western guitars paired with Lane’s Dusty Springfield-esque voice earned glowing reviews from NPR, the Guardian and Rolling Stone. In three years since her Walk of Shame debut, Lane said she was living most of the year on the road.
Growing up, Lane used to watch her father pave asphalt during blistering South Carolina summers. She’d sit on the roller (“what helps smooth out the asphalt”) next to a guy named Rooster and divvy out Hardee’s lunch orders for the workers. “My father thought he was a country singer,” Lane laughs. “He partied hard at night, but by 6:30 AM he was out on the roads in 100-degree weather.” That’s the southern work ethic, she says. “We didn’t have a lot of money, but I was privileged with the knowledge of how to work hard, how to learn and to succeed when things aren’t set up for me.” Creativity was an unthinkable luxury, she adds. “When people told me I should try to get a record deal for songs I was writing, I was like, ‘that’s cute –I’ve got to be at work at 10 A.M.’”
“Becoming a songwriter is one of the most selfish things I’ve ever done,” Lane says plainly. She describes writing her first song at age 25 like it was a necessary act of self-preservation after a devastating breakup. Many of her early songs, she said on Shame and Nothin’, were about the fleetingness of relationships she believed were permanent, she says. Lane’s main line of work in those days was a fashion entrepreneur (she’s currently the owner of Nashville’s vintage clothing boutique High Class Hillbilly). It brought her to cities around the country, New York to Los Angeles to Nashville. And like a true wanderer, Lane’s sound crisscrosses musical genres with ease, while the lonesome romantic in her remains. Even a soft song like, “Send The Sun,” with its lilting downward strum, is flush with bittersweet emotion. “Darling, we’re staring at the same moon,” Lane sings lovingly. “I used to say that to my ex,” she says with cheerful stoicism, “to try to brighten the long nights, stay positive.”
“Lay You Down” is one of those unexpected moments for Lane. “That song was inspired by something Levon Helm’s wife posted on Facebook when he was sick with cancer,” Lane says. “I was just so moved by her telling the world how much love he felt from people writing to them, and moved that because of the Internet, I was able to see that love -–even from a distance.” The song became surreal for Lane and her band when her longtime guitarist, Alex Munoz, was diagnosed with cancer while they were playing it. “It deepened my perspective and the importance of keeping everyone safe,” says Lane.
On the record cover, Lane looks out on wide, unowned Texan plains, leaning on the fearsome horns of a massive steer. Wearing a vintage Victorian dress, the stark photo invokes a time before highways existed. The symbolism isn’t lost on Lane. Highway Queen was a pioneering moment for her as an artist.
“I was always a smart girl, always had to yell to be heard,” she says, “But this was the first time in my career where I decided how things were going to go; I was willing to take the heat.” Lane included the bonus track “Champion” as a small testament to that empowerment. “It makes a point,” Lane says with a smile, “That I appreciate what you’re saying, but get the fuck out of my way.”
For more information on Nikki Lane, visit: https://www.nikkilane.com/
Runnin’ Shine

Runnin’ Shine is a hot seasoned new country act hailing from Virginia by way of Alabama, New York, and New Hampshire.  Playing together since February of 2015, Veer Magazine’s 2019 and 2020 Country Artist of the Year and Great American Song Writing Finalist, Runnin’ Shine, is a tight four-piece band comprised of Janice Chandler on vocals and acoustic guitar, Richie Bohr on lead electric guitar, Bill Snow on drums, and Jim Cahoon on bass. Hailing from various hometowns and brought together by their love of country music, each player brings a powerful energy and a uniqueness to the band.  Their thoughtful originals and seamless mashups culminate in a style that they consider to be “rage country”, i.e. country with a rock and roll swagger.

Their release of the first full length album, “So There We Were”, produced the Music Row Country Breakout Chart Top 40 single “Shotgun”.  The songs written by Janice Chandler let the listener directly into her heart, which is filled with tenderness as well as rage.  Their songs are straight forward with no- bull lyrics and tell the listener exactly how it is.  Their current sophomore full length album, “Nowhere to Go”, carries forward from their previous successes.

Just like that jar your buddy has under the floorboard of his truck, Runnin’ Shine will hit you hard with a good time you won’t soon forget!

The Wild Feathers – Alvarado Tour with Special Guest to Be Announced