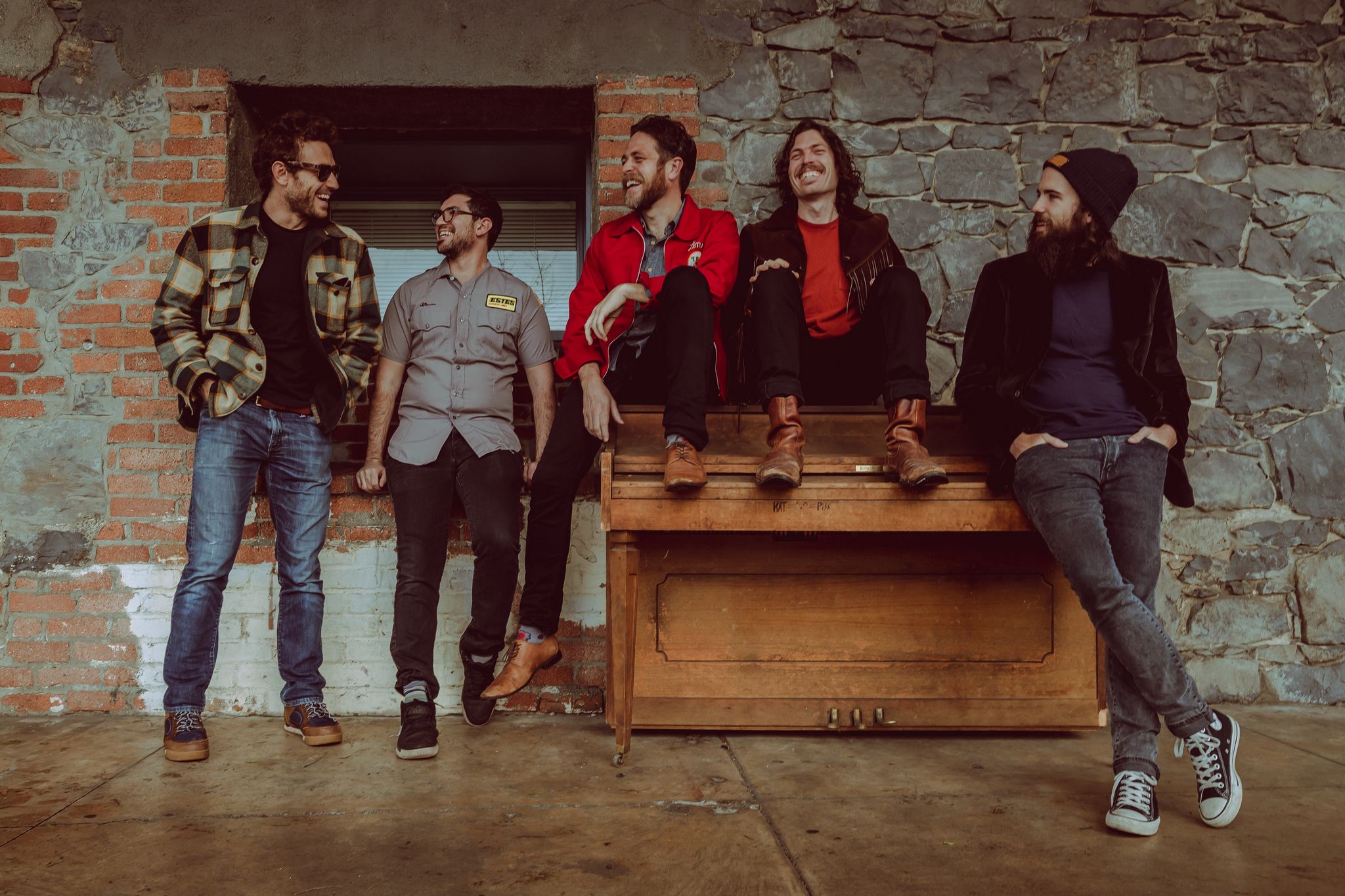 Whether traveling to gigs on horseback or by tour bus, Americana mavens The Brothers Comatose forge their own path with raucous West Coast renderings of traditional bluegrass, country and rock ‘n’ roll music. The five-piece string band is anything but a traditional acoustic outfit with their fierce musicianship and rowdy, rock concert-like shows.

The Brothers Comatose is comprised of brothers Ben Morrison (guitar, vocals) and Alex Morrison (banjo, vocals), Scott Padden (bass, vocals), Philip Brezina (violin), and Greg Fleischut (mandolin). When they’re not headlining The Fillmore for a sold-out show or appearing at Hardly Strictly Bluegrass Festival, the band is out on the road performing across America, Canada, Australia, and hosting their very own music festival, Comatopia, in the Sierra foothills.

April of this year is finding the band touring Latvia and Lithuania as cultural ambassadors for American Music Abroad, which is run by the US State Department with the goal of sending American artists all over the world as a cultural exchange program. The band toured China in 2018 under the same program.

The remainder of 2019 will see the Brothers Comatose hitting the studio to record on their fifth studio album to be released on AntiFragile Records.

For more information on The Brothers Comatose, visit: https://www.thebrotherscomatose.com/

Born and raised on the Virginia Beach coastline, BWW has been playing up and down the east coast since he was 15. Having fronted his rocknroll outfit Bennett Wales & The Relief, BWW opens up the next chapter of his music journey with blending elements of soul, rocknroll and pop in his debut solo album “Introducing: Bennett Walker Wales.” With his guitar in hand and soulful vocals to accompany, BWW leaves a lasting impression on his audience, bearing his soul on stage.

“Introducing: Bennett Walker Wales” is an honest reflection of Wales’s own life and journey. Written during the pandemic of 2020 and conceived in his 800 square foot apartment on the beach. While listening, Wales conveys every day human emotion. Doubt, self-deprecation, loneliness and vulnerability. All of this is balanced by the spirit of determination and hope. A question as to what the future holds, and a will to achieve and chase fulfillment. In the words of Wales’s favorite author James Joyce and his character Stephen Daedalus- “ I will no longer serve that which I no longer believe whether it call itself my home, my fatherland or my church: and I will try to express myself in some mode of life or art as freely as I can, using for my defense the only arms I allow myself to use—silence, exile and cunning.”

Wales’s band The Relief released two albums to great acclaim and opened up for acts such as Goo Goo Dolls, The Wallflowers, Marcus King, Sturgill Simpson, Vulfpeck and many others. Wales has also opened up for acts such as Tyler Childers, Tim Barry, The Gaslight Anthem and Against Me! With the release of his newest album, BWW puts his foot on the gas with no reservations.

The Wild Feathers – Alvarado Tour with Special Guest to Be Announced