Music in the Country, 2022 – People on the Porch with Special Guest, Fox & the Bear 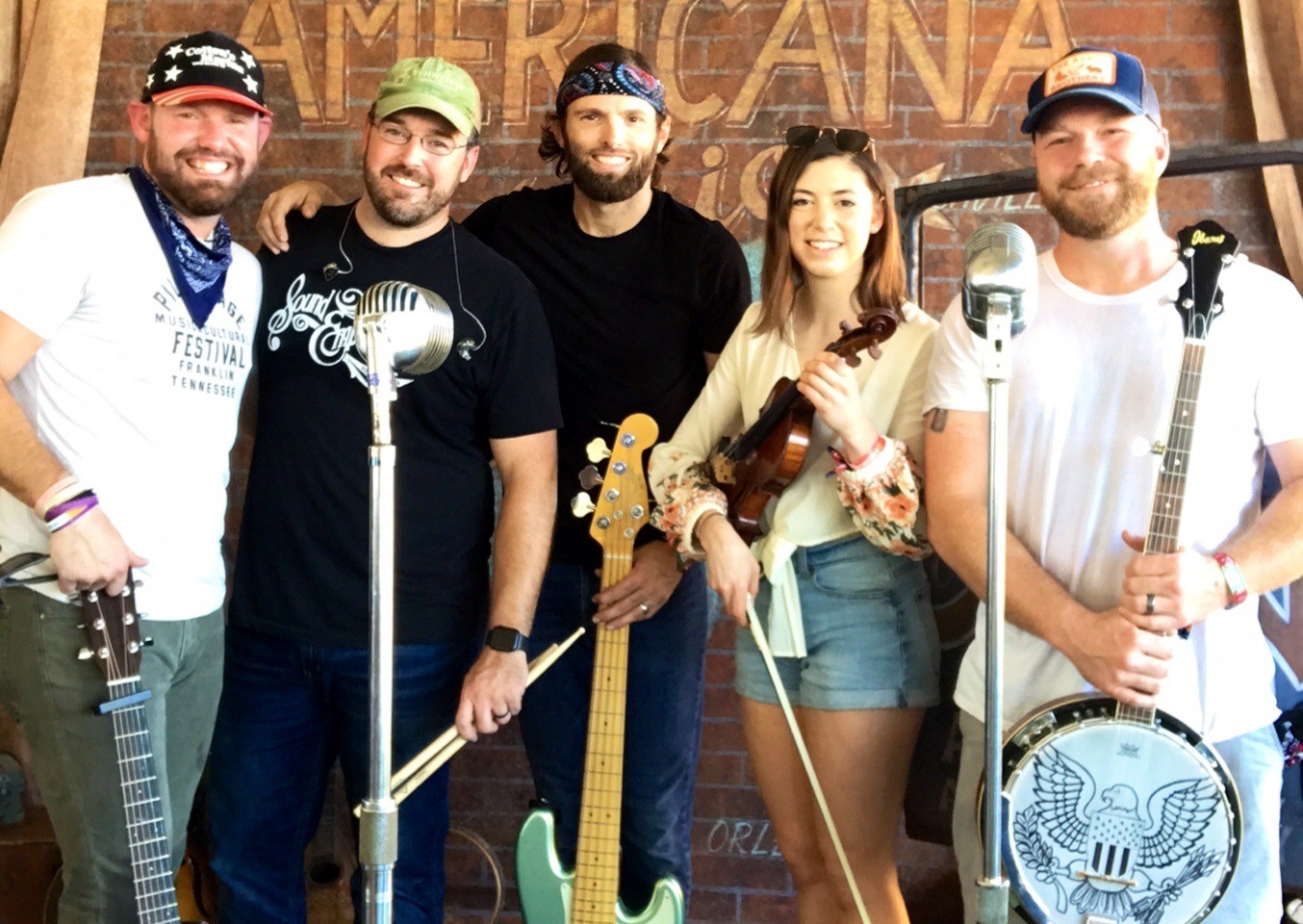 People on the Porch (Jeremy Sayne – Vocals and Guitar, Danny Elson – Vocals and Banjo, David Cloud – Electric Bass/Upright Bass, Becca Wolfe – Violin, and Greg McGinnis -Drums) from Franklin TN, are an Americana/folk-rock band that gracefully merges genres in an effortless manner, while spreading their message of hope, truth, and love. Band members have inspirations from bands like The Avett Brothers, Pink Floyd, Simon and Garfunkel, and The Everly Brothers, among many others.  POTP dropped their first full length effort in September 2019, titled ‘Gray Line’ which was produced, engineered, and recorded by Mike Marsh of The Avett Brothers.  Also, they have released a self-titled 5 song EP and a 5 song LIVE performance album in 2017. They have played shows all over Tennessee, from East to West, hitting some of the hottest live music venues in the state. POTP have also appeared in the festival scene, from Columbia’s Muletown Music Fest and Franklin’s PumpkinFest to the popular Pilgrimage Music and Cultural Festival. They credit their ever-growing fan base, and exposure to the opportunities given to them from The Legendary Kimbro’s Pickin Parlor, where they held a monthly residency for over 4 years. So the story goes…. Back to high school for Jeremy and Danny. The two first met early in their high school days and became friends immediately. Both had a major love for singing and music in general. Singing Tenor 1 and Tenor 2 in their High School elite singing group known as “Singers”, it was there that they developed their tight harmonies. Ten years later (2013) they reunited, both now having families. Life experiences were shared and emotions high and low were felt. Traumatic, Impressive, and Hilarious, are words that best fit that reunion. Two years of constant songwriting and arrangement made for some very emotional driven series of songs that makes you feel alive!  Although still very young as a band, when they hit the stage they deliver a powerful live show with an energy that thrills the people in attendance, from all ages new to old!  And by the way, they feel right at home on the porch too.

Tuesday markets at the farm are up and running, 4:00 - 5:30 and follow our Instagram (@riverroadfarm) for East Beach Market info!