Music in The Country Fall 2022 – Eric Hutchinson with Special Guest, Allen Hudson and the Halfmoons 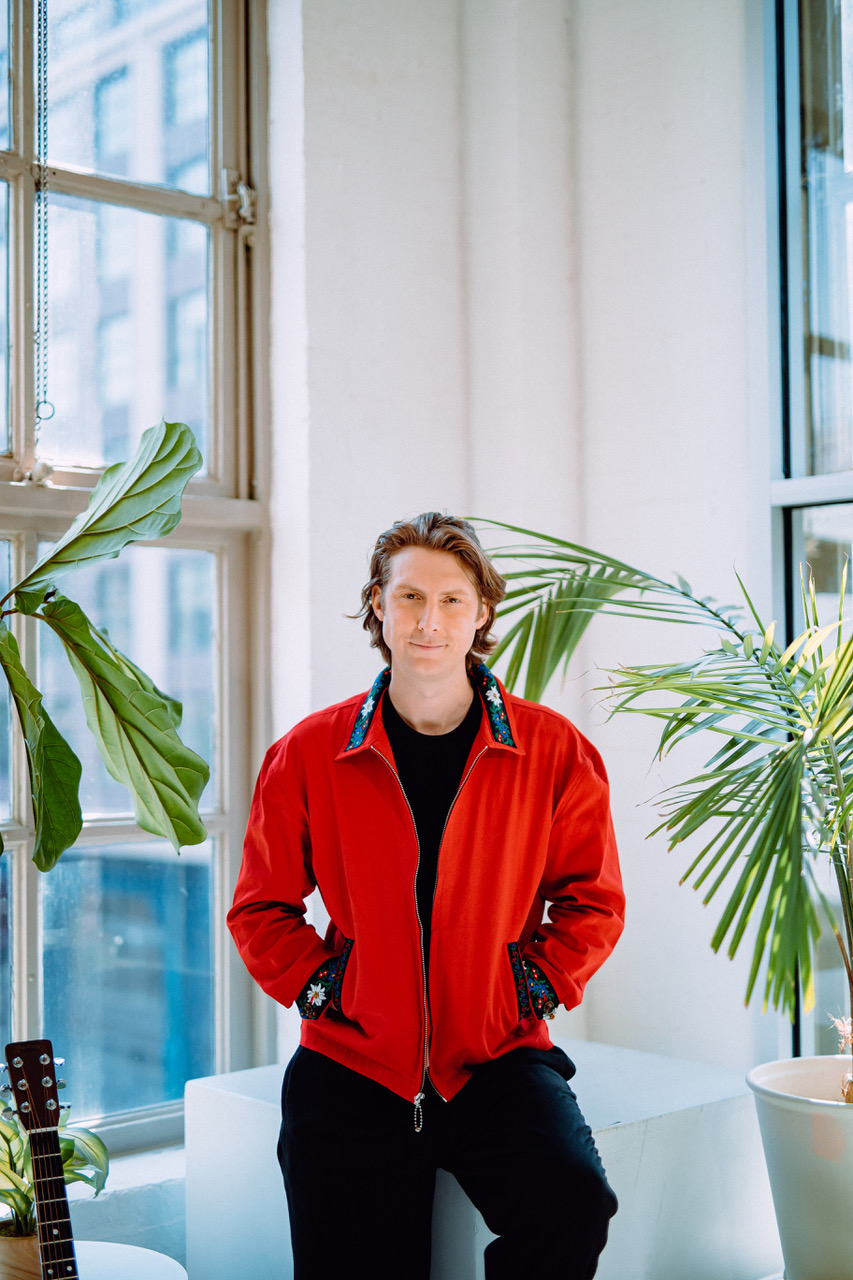 Sing Along! with Eric Hutchinson

The inspiration for Eric Hutchinson’s new group sing-along album dawned on him one night during lockdown, while he was belting out “The Wheels On The Bus” at the dinner table for the umpteenth time with his toddler daughter.

“Kids songs can get a bit… mind-numbing,” the veteran singer/songwriter says with a smile. “But that night, I was watching my daughter light up as she was happily singing and clapping, and it struck me that our first musical instruments are our hands and our voices. I started thinking about the joy that comes from singing in a group, all together as one.” Suddenly, Eric was thinking about making music for everybody to sing along with, not just kids.

The result: SING ALONG! with Eric Hutchinson – six new, original, gospel-inspired folk and protest songs that feel instantly timeless. “I believe that anybody with a voice can sing,” Eric says. “Using your voice is powerful and the fun of making music and singing together in harmony can be universally healing and unifying. It’s been a hard few years for everyone. Since I was a kid, what I’ve always done to heal in any times of distress, was to sing.”

SING ALONG! with Eric Hutchinson is the artist’s eighth studio release and his first new work since the fierce global reckoning with racism that was illuminated by the historic actions of the Black Lives Matter movement. “I grew up in a diverse suburb of Washington D.C., surrounded by people of all colors, speaking multiple languages,” Eric says. “So I was ashamed to learn how many blind spots I still have. The past few years have opened my eyes, in new ways, to how so many people, especially those of color, are marginalized and robbed of their basic civic rights.”

Eric’s new collection of songs touch on togetherness, tolerance, inclusivity, progress, and justice. “These themes felt like the only thing I could possibly write about right now,” he says.

Songs like “Everybody’s Gotta Beating Heart” and “Right Side of History” are melodious folk– soul grooves that find Eric examining our basic rights as human beings, and what our personal actions mean in the long-term. “The Littlest Candle” and “Hey Look I Found It! (My Inner Peace)” are joyful tracks, meant to inspire and build up the listener toward progress. “Pick Up The Pace” is a witty protest song about the realities of climate change. The album closer “Sing Along With Me”, is a simple, soulful ode to the power of singing when nothing seems to be going your way.

Together, the songs create a guiding force that is schooled in the traditions of American folk music. SING ALONG! was heavily inspired by Black artists like Sister Rosetta Tharpe, Big Bill Broonzy and Elizabeth Cotten, as well as the recorded works of Alan Lomax, an American ethnomusicologist, best known for his numerous field recordings, which played an important role in preserving the folk music traditions of the early 20th century.

“I kept noticing how little the job description of a folk singer has changed in a century,” Eric notes. “These artists were talking about the same timeless themes that still haunt our culture – race and injustice, love, and peace. I was inspired to try writing songs that were bigger than me, and that could be performed specifically by a group of people that I could be a part of.”

In early 2022, Eric assembled an elite and diverse eight-member band of musicians to perform and record his new project, live in the studio. He recruited Clyde Lawrence on keys, Ian Allison on bass, Jimmy Coleman on percussion and Wayne Tucker on trumpet, plus vocalists Caleb Hawley, Melanie Nyema, and Veronica Frommer-Stewart. The group united in NYC’s Lower East Side, in the middle of a blizzard, to make music in person, together, and document the party. “I was determined to make the album totally live and with no headphones. Just musicians in a room, making music together. A very antique idea these days,” Eric says with a laugh. “I loved the idea of setting up a few microphones and recording something live and true – with no edits, no tricks, and nowhere to hide as a songwriter and a performer.”

For good measure, a camera crew was brought in and filmed the recordings so that listeners can also watch the entire album being made and performed. “There was a lot of planning and Zoom rehearsal before the recording session. The Omicron surge made everything more complicated, but when we finally arrived all together in the studio, it was magical,” Eric recalled. “It was the best time and it went by in a blur. I kept having to force myself to take a breath and really revel in the moments and the energy of all these wonderful people who had agreed to help me create new music. My friend Mike was there and he described it as ‘happiness, recorded.’”

The songwriting and musicianship of SING ALONG! continues Eric’s recent trend of exploring across musical genres, as he tries to make sense of the world around him. After his

early pop escapades, including his 2008 debut Sounds Like This, (which featured his gold record single “Rock & Roll”) and 2014’s Pure Fiction, his more recent releases have experimented with Americana-soul (2018’s Modern Happiness), alternative rock (2020’s Class of 98), and jazz (2021’s Before & After Life). “I love all kinds of music,” Eric says. “I think every genre has something interesting and special to celebrate.”

Eric hopes that his new songs and his own examination of his place in this world will inspire others to look inward and at the community around them. “I don’t claim to have the answers and I know that my music won’t solve our problems,” he says. “But I am hopeful these songs will lift the listener, and invite the listener to celebrate diversity, look around at the injustices currently present in life, and question how he, she or they might make even the smallest difference in the name of good.”

Allen Hudson and the Halfmoons are a freshly formed alternative rock band from southeastern Virginia. Hudson spent the last 5 years co-fronting the power pop outfit Court Street Company. The Halfmoons are comprised of members from other notable bands from the Hampton Roads region, like Paper Aliens & Fox and the Bear.

The septet’s sound exists somewhere between the wistful alternative stylings of Arcade Fire, and the strutting, new wave inspired rock of The Killers; all colliding with Hudson’s unyielding devotion for guitar-driven Power Pop.

The band’s debut single “Summer Lovers” is out now.