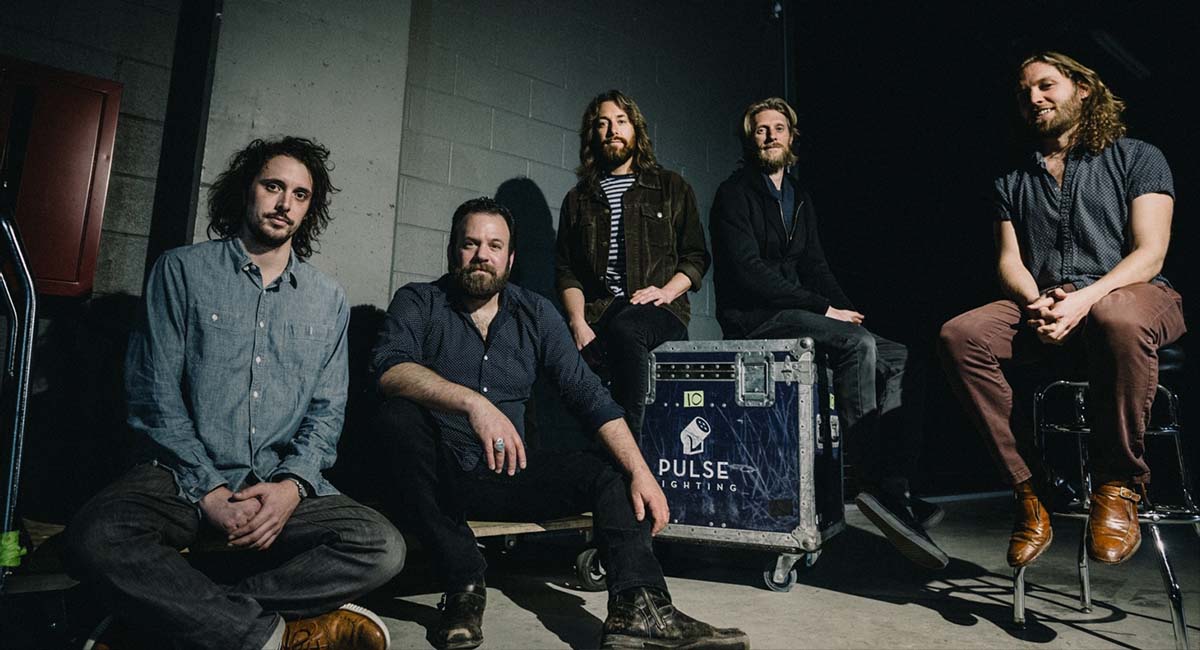 Whether alone with just the guitar and his voice or surrounded by a full band, Cris Jacobs enchants listeners with his inspired, poignant songwriting, virtuous guitar playing, and soulfully transcendent voice. Artists across the board have discovered Jacobs’ musicianship and supple versatility, resulting in an impressive variety of formats in which he has played over the last few years. After a decade, five records, and 200 shows a year as principal songwriter and frontman for beloved Baltimore-based band, The Bridge, from 2001 – 2011, Jacobs wasted no time continuing to write music of his own and exploring different configurations for his craft. He released his debut solo album, Songs for Cats and Dogs, in 2012 and continued to perform relentlessly, both with his new band and as a solo artist. In doing so, he quickly garnered the admiration of a variety of predecessors and peers: rock legend Steve Winwood saw Jacobs perform in 2014 and soon invited him to open his national tour. The following year, Sturgil Simpson extended the same invitation. Never limited by genre, Jacobs and New Orleans heavyweight Ivan Neville recorded a collaborative album under the band name “Neville Jacobs,” which was released in 2017. As an adapting, evolving, versatile musician who has survived on his own merit, Jacobs continues to win over audiences of many tastes, as he brings his characteristic authenticity and soul to every set.

Jacobs feels there are common threads across many genres of music, and he has harnessed over a decade of trans-genre exploration on his second solo album, Dust to Gold, released on October 21st, 2016, from American Showplace Music. The album is a soul-stirring expression of the current chapter of his creative evolution, featuring twelve well-crafted songs that masterfully weave through the sweet and rugged landscape of soul, country, folk, blues, gospel, and rock and roll. Through every turn, one can easily feel Jacobs’ reverence to his influences, but the result is an original eclectic record with a sound that is authentically his. In a given moment, Jacobs’ guitar playing is gritty, soulful, rich, and lyrical. It’s subtle yet adventurous. His voice is at once sweet and sultry, with a honeyed whiskey croon that delivers his thoughtful, expressive lyrics.

I know that the well I seek is bound to be the deepest of all been ever told
I know that to plant a seed is alchemy, we can watch the dust turn into gold

So sings the hypnotic refrain in “Turn Into Gold,” a meditative slide-guitar rocker where Jacobs sings about channeling the muse, or “tapping the source,” as he calls it. It’s about the desire to be “enraptured in the mystery, the unknown, the questions, the answers all at once,” Jacobs describes. This is the place in which his songwriting occurs, and from where Jacobs’ performances derive so much electricity. In discussing the song’s inspiration, Jacobs reflects, “if I’m playing or singing and I’m really connected to that source and I’m really locked in and there’s a room full of people experiencing that, the hope is then for them to get locked into their own thing, and it’s this beautiful, ecstatic magic that happens. To me, this is that elusive goal that I chase every time I sit down to write a song or every time I get on the stage to perform.”

Other songs on Dust to Gold paint Jacobs’ desire to express the beauty and struggle of the human condition. In “Cold Carolina,” Jacobs pleads softly and emotively about a despondent relationship, the feeling of displacement, and the seeking of redemption, of salvation. In “Little Dreamer,” Jacobs, accompanied by his wife, Kat Jacobs, sings sweetly to their unborn child, whom he discovered was on the way only moments before leaving to start recording the album. “It’s a blink of an eye, this life / tiny grains in sands of time / so tie your purposes on wings and fly to the heavens with the grace and courage of a thousand kings,” he sings to the tiny, nascent being.

The opening track, “The Devil or Jesse James,” is a rousing mixture of New Orleans rhythm, blues, and rock and roll with ethereal tendrils of psychedelic guitar reaching out across the soundscape; painting a tale of a man trying to change identities and run away from one’s past. On the album, the full band includes a richly funky rhythm section, featuring Todd Herrington on bass, Dusty Ray Simmons on drums, as well as John Ginty on Hammon organ and keyboards, who has been a master side man for years, working with Robert Randolph and the Family Band, Jewel, Citizen Cope; and most currently tours with the Dixie Chicks.

Though “Dust to Gold” clearly showcases Jacobs’ well-worn songwriting chops, he is an improviser at heart, and he brings the spirit of seeking and living in the moment to the stage each time. In every performance, he tries to push the envelope, exploring the depth of each song anew. Whether live or on the album, Jacobs’ dynamic voice and guitar envelop the listener completely and instantly, transporting you into the rich, sultry folds of his soulful sound.

Cris Jacobs continues to nurture a devoted audience that knows that whatever the instrumentation or setting he plays, it will be richly authentic, and conveyed with an improviser’s curious spirit and palpable presence. We can only expect further evolution from Jacobs, an artist constantly inspired by the search for “those beautiful, sad, inspiring, heartbreaking magical corners of life.”

Jacobs notes, “the most rewarding, and terrifying part of trying to be an artist is the journey itself, the vulnerability and riskiness in seeking them out, trying to express them. Sometimes you hit dead ends, and sometimes you strike pure gold.”

Celeste Kellogg is a Nashville/CMA/songwriter/recording artist.

As an indie artist, Celeste has released two songs to country radio: “Country Swagger” & “There’s a Beach Somewhere.” Both singles charted on the Music Row Country Airplay chart with the latter placing in the top 40.

CMT recognized both music videos by featuring “Country Swagger” on their front page & featuring “There’s a Beach Somewhere” on CMT’s Next Up Now. 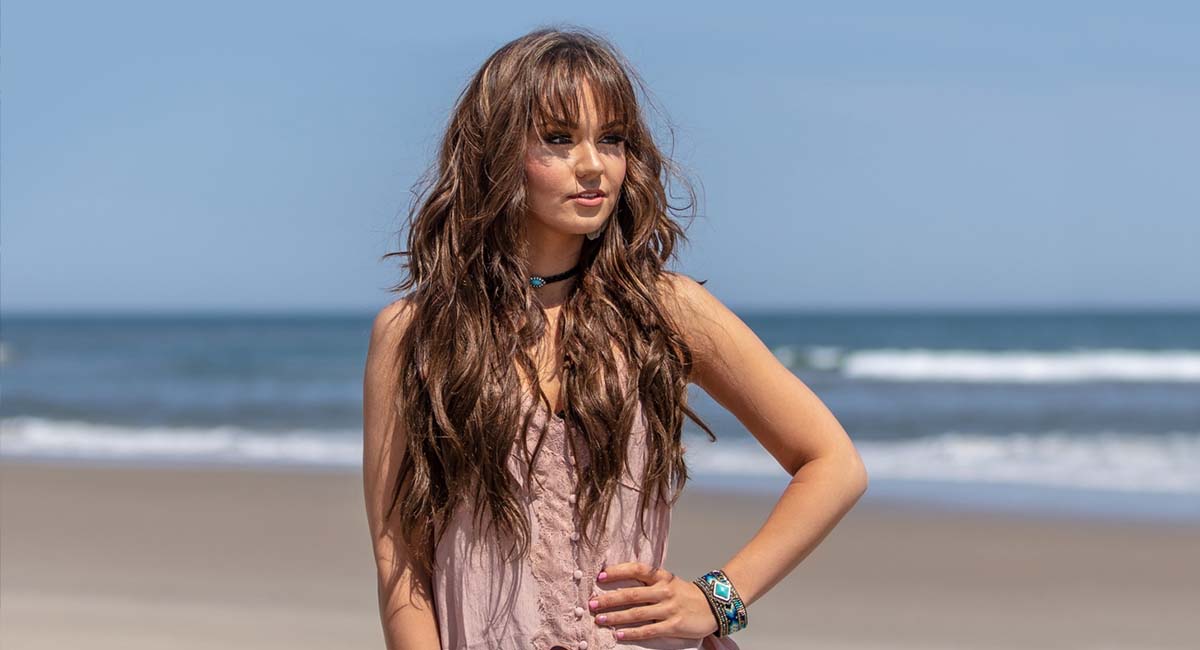 Celeste’s current EP is titled “Keep It on Repeat.”  Upon its release, Spotify included the single, “Ladidada,” on its “New Music Nashville playlist. CMT featured the song on its playlists “The Roundup” and “Next Women of Country Music.” “There’s a Beach Somewhere,” the first single from the album, is currently being featured on Spotify’s “Gulf and Western” playlist.

The new EP proves to be Celeste’s best work yet. The EP was produced by Sal Oliveri, producer of Pink & Chris Stapleton’s song, “Love Me Anyways.” Playing guitar on two of the tracks is Danny Rader, Keith Urban’s touring guitarist. Playing fiddle on another track is Jenee Fleenor, Blake Shelton’s fiddle player and CMA musician of the year, who Celeste has worked with in the past. With the exception of two tracks that Celeste wrote by herself, the other 3 were co-written with CCMA songwriter of the year, Aaron Goodvin.

Upon its release, “Keep It on Repeat,” charted on iTunes in multiple countries. So far it has peaked at #48 in the United States, #44 in the United Kingdom, #95 in Canada and #12 in Finland to name a few.